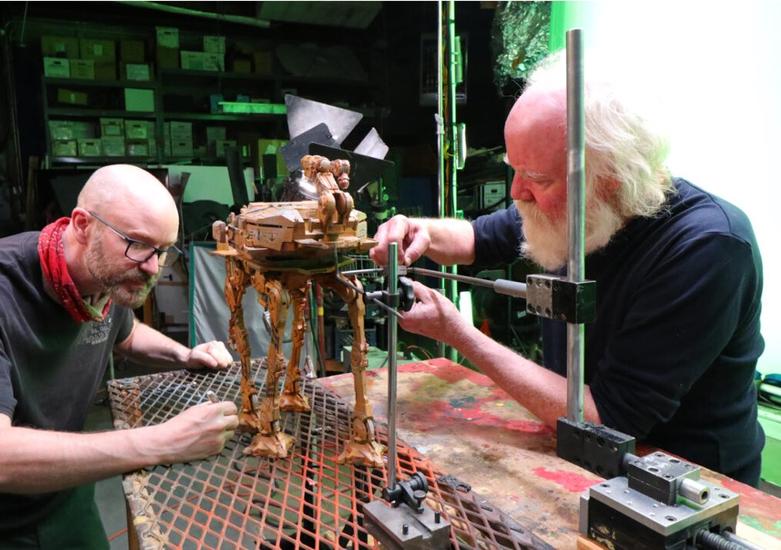 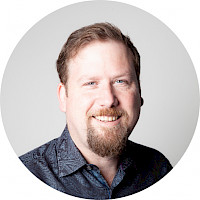 "This is a very important milestone for us," said Anthony Brown, CEO at AMPD Ventures Inc. "Securing an industry leader such as Tippett Studio as an AMPD Virtual Studio customer represents major validation to the entire VFX market as to the viability and overall strength of our Virtual Studio solution." 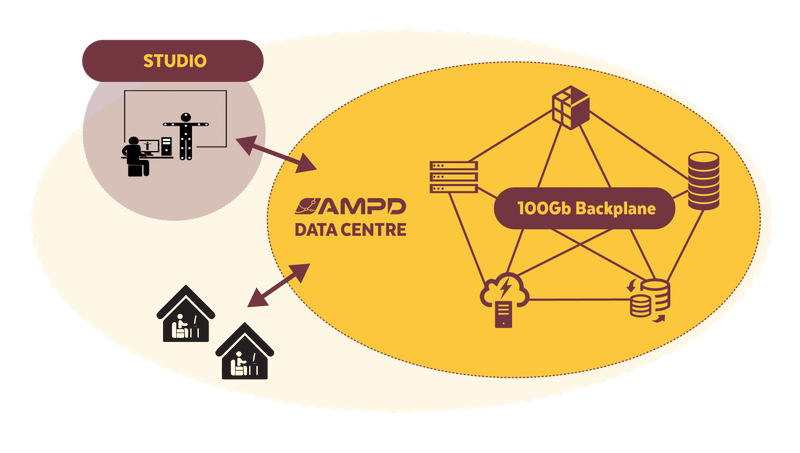 AMPD Virtual Studio (offered by AMPD's subsidiary AMPD Technologies Inc.) has been designed to be the ultimate high-performance cloud-based digital content creation platform and represents a greener, more flexible, more powerful, and more cost-effective alternative for developing cutting-edge digital content when compared with on-premise workstations and the existing 'commodity' cloud, according to the company.

Tippett Studio announced its expansion into Canada in May 2022, with its first satellite office, known as Tippett Canada, being established in Toronto.

Tippett's recent projects include work on "The Book of Boba Fett," Season 2 of "The Mandalorian," Marvel Studios' "The Falcon and the Winter Soldier," all three on Disney+, and Season 2 of "Locke and Key" on Netflix.

Tippett's Toronto operation, which will house a fully functioning post-production studio, will be headed by Gary Mundell, president of Tippett Canada, and COO of Tippett Studio. Tippett Canada will be servicing clients including Marvel Studios, Lucasfilm, Disney, Showtime, New Line Cinema, AMC, Amazon, and Legendary Pictures, including "The Toxic Avenger."

"It all started when we were trying to find a solution for remote rendering," said Michael Root, CTO for Tippett Studio. "We tried several solutions from companies in both North America and Asia and couldn't find a solution that made sense from either a performance or price perspective. When we finally got to try AMPD Render, one of the solutions in the AMPD Virtual Studio Suite, we were immediately impressed. In fact, during our first test, we rendered approximately 4,000 frames using AMPD Render on the AMPD POD in LA, and my team was never aware that the server they were rendering on was over three hundred miles away." 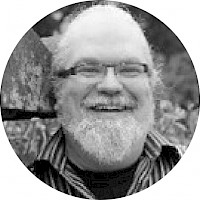 "Moving the bulk of a studio's compute infrastructure from under the desk into AMPD enterprise-grade hosting environments has many technical and economic advantages for digital content creation studios," said Don Bustin, CTO at AMPD. "Tippett Studio is as always doing groundbreaking work and pioneering new ways to create next-generation digital content. We couldn't have wished for a better company to be one of the early adopters of AMPD Virtual Studio."

AMPD Technologies is a next-generation infrastructure company specializing in providing high-performance computing solutions for low-latency applications. With state-of-the-art, high-performance computing solutions hosted in sustainable urban data centres, AMPD Technologies Inc. is leading the transition to the next generation of computing infrastructure as 'the hosting company of the Metaverse'. Through a mix of infrastructure as a service ("IaaS") and an upgraded, high-performance cloud offering, we are meeting the low-latency requirements of multiplayer video games and eSports, computer graphics rendering, artificial intelligence, machine learning, mixed reality, big data processing, and the as-yet uncharted technological developments of the coming decades.

AMPD Ventures is building the world's best suite of tools and technologies for the creation and distribution of next-generation digital content. Through its operating subsidiaries, AMPD Technologies and Departure Lounge, AMPD is combining the power of the high-performance edge approach to cloud computing with world-leading capture technologies to enable companies to enter the next era of digital content.