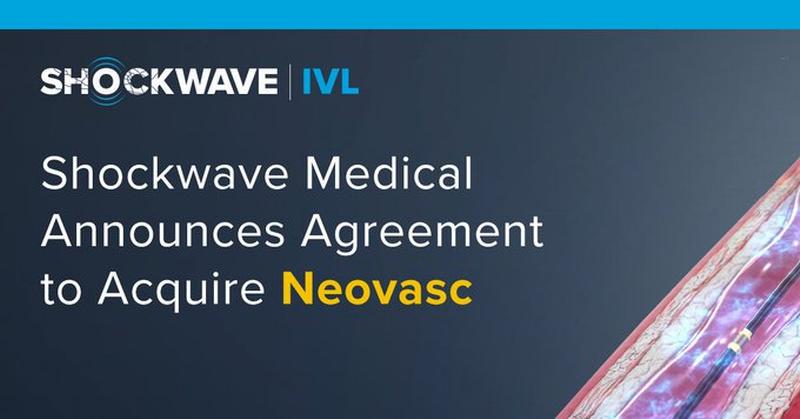 Richmond, BC, January 23, 2023--(T-Net)--Neovasc Inc. (NASDAQ,TSX: NVCN), a leader in the development of minimally invasive devices for the treatment of refractory angina, announced today that the Company has entered into a binding agreement with Shockwave Medical, Inc., whereby Shockwave has agreed to acquire all of the issued and outstanding common shares of the Company.

Under the terms of the Arrangement Agreement, Neovasc shareholders will receive US$27.25 per Common Share in cash upfront on completion of the Transaction, corresponding to an enterprise value of approximately US$100 million, plus deferred payments of up to approximately US$47 million on the achievement of future regulatory milestones, for gross proceeds of up to $197 million (US $147 million).

The deferred payments will be in the form of a contingent value right ("CVR") per Common Share to receive payment upon final FDA premarket approval to market the Neovasc Reducer in the United States for treatment of angina.

The upfront cash consideration represents a premium of 27% and 68% to the closing price and 30-day volume-weighted average price ("VWAP"), respectively, of the Common Shares on the Nasdaq Capital Market on January 13, 2023. 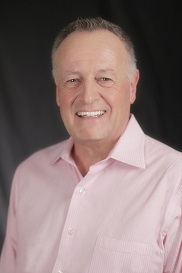 "Today's announcement is good news for our stakeholders and the Reducer program," said Fred Colen, Neovasc's President and Chief Executive Officer. "We have made tremendous strides building accelerating revenue, clinical data, commercial reimbursement, and a fantastic team, and now it's time to take the next step to accelerate Reducer adoption globally. The team at Shockwave has demonstrated an extraordinary ability to scale novel technologies and build value for patients, customers and investors, and we are thrilled to become a part of their organization." 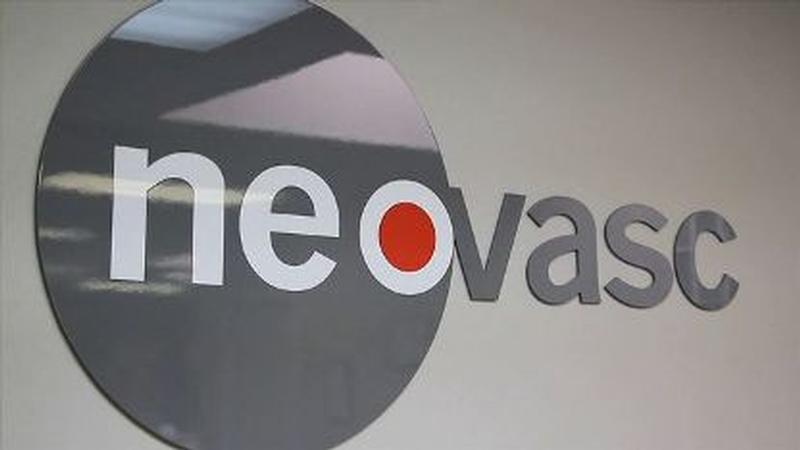 Additional Details on the Transaction

The Transaction will be implemented by way of a court-approved plan of arrangement under the Canada Business Corporations Act and will require approval of at least: (i) 66 2/3% of the votes cast by the holders of Common Shares; and (ii) approval by such holders excluding Common Shares held by certain "interested parties" in accordance with Multilateral Instrument 61-101, at a special meeting of Company shareholders to be held to consider the Transaction (the "Special Meeting"). In addition to approval by Company shareholders, the Transaction is also subject to receipt of court approval, and other customary conditions for transactions of this nature. The Transaction is expected to be complete in the first half of 2023.

The Arrangement Agreement provides for customary deal-protection provisions, including a non-solicitation covenant on the part of the Company and a right for Shockwave to match any Superior Proposal (as defined in the Arrangement Agreement). The Arrangement Agreement includes a termination fee of US$3.824 million, payable by the Company under certain circumstances (including if the Arrangement Agreement is terminated in connection with the Company accepting a Superior Proposal). The directors and senior officers of the Company and Strul Medical Group LLC ("Strul"), owning in aggregate approximately 9.23% of the Company's voting securities, have entered into voting support agreements, pursuant to which they have agreed to vote all of the securities they own or control in favour of the Transaction. Pursuant to Strul's voting and support agreement (the "Strul Voting Support Agreement"), Strul has also agreed, among other things, (i) to convert into Common Shares at the conversion price of US$25.00, the Restated Senior Secured Convertible Note issued by the Company to Strul with an initial principal amount of US$13,000,000, immediately prior to the effective time of the Transaction, (ii) that it shall be entitled to exercise its right to have the Company purchase certain warrants to acquire Common Shares held by Strul for a cash amount equal to the value thereof, and (iii) that certain out of the money warrants to acquire Common Shares held by Strul shall terminate at the effective time of the Transaction.

Neovasc Board of Directors and Special Committee Recommendations

A special committee comprised entirely of independent directors of the Company (the "Special Committee") and advised by its financial advisor and by counsel unanimously recommended entering into the Arrangement Agreement to the board of directors of Neovasc (the "Board"). The Board has evaluated the Arrangement Agreement with the Company's management, legal and financial advisors and, following the receipt and review of the unanimous recommendation from the Special Committee, the Board has unanimously approved the Transaction and determined that the Transaction is in the best interest of the Company. The Board has resolved to recommend that the Company's shareholders vote in favour of the Transaction, all subject to the terms and conditions contained in the Arrangement Agreement.