Vancouver, BC, December 7, 2021--(T-Net)--Freshlocal Solutions Inc. (TSX: LOCL) announced today that it has entered into agreements that further strengthen its access to the financial resources necessary to grow its business.

Desjardins Capital Markets, acting as lead agent, and Cormark Securities Inc., acting as co-agent, exercised in full their option to sell up to 1,815 additional Convertible Debenture Units under the Offering.

Each Convertible Debenture Unit is comprised of (i) one 8% subordinated unsecured convertible debenture of the Company in a principal amount of $1,000 (collectively, the "Convertible Debentures"), which is convertible into common shares of the Company (each a "Common Share") at a conversion price of $1.90 per Common Share, subject to adjustment in certain events (the "Conversion Price") and maturing on December 31, 2024 (the "Maturity Date"); and (ii) 263 common share purchase warrants of the Company (the "Warrants"). Each Warrant entitles the holder thereof to purchase one Common Share at a price of $1.25 per share until the Maturity Date.

The Convertible Debentures may be prepaid in cash for an amount equal to 105% of the principal amount plus accrued interest at any time on a date that is 24 months following the completion of the Offering on not greater than 60 days' and not less than 30 days' notice, provided that the Company elects to prepay the then outstanding aggregate amount of Convertible Debentures outstanding.

The Company intends to use the net proceeds of the Offering for working capital, repayment of debt and/or general corporate purposes. The Convertible Debentures will be unsecured obligations of the Company and rank pari passu in right of payment of principal and interest with all other previously existing unsecured subordinated indebtedness of the Company.

In relation to the Company's debt facility with SVB (the "SVB Facility") that was originally announced on May 19, 2021, and the Company's breach of certain financial covenants of the facility as disclosed on August 17, 2021, a forbearance agreement between the Company and SVB was successfully entered into on December 2, 2021 (the "Forbearance Agreement"). The Forbearance Agreement applies to existing covenant defaults through January 15, 2022.

The following milestones must be met during the forbearance period: 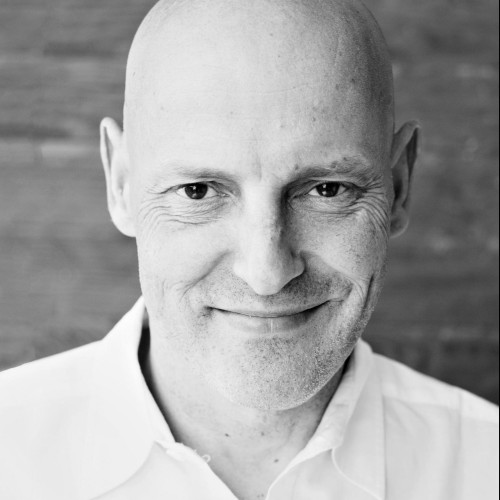 "Our team has taken important steps to secure the liquidity our business needs to grow and thrive, and I am really pleased these efforts led to a successful debenture financing and paved the way to an agreement on forbearance terms with SVB," expressed Peter van Stolk, Chief Executive Officer of Freshlocal.

New Strengths to Freshlocal's Board of Directors

Freshlocal also welcomes Neil McDonnell as a new member of its Board of Directors, to hold office until the next annual meeting of the shareholders of the Company. Mr. McDonnell will also take on additional responsibilities as Board Chair and will be a member of the Company's Audit and Compensation Committees. Mr. McDonnell fills the seat of Todd Cherniak, who has now resigned from the Board. The Company would like to thank Mr. Cherniak for his contributions to Freshlocal as a long-standing director.

He has also served in numerous board and senior executive roles including past Chair of Photon Control Inc., Nanotech Security Corp., One45 Software Inc., BasicGov Systems Inc., SchedulePro Software, Agreement Express Inc., and QHR Technologies Inc., Executive Chair of ResponseTek Networks Corp., Director of Aprio Inc., Espial Group Inc., and Symbility Solutions Inc., CEO of Wurldtech Security Technologies Inc., Audit Chair and Director of TitanStar Properties Inc., Director of British Columbia Lottery Corporation and Board Advisor to ICBC. Mr. McDonnell holds a Master of Business Administration from the University of British Columbia and a Bachelor of Commerce from the University of Toronto.

"We are delighted to welcome Neil as a new Board member and the Chair of the Freshlocal Board. His diverse technology experience and track record in the Canadian capital markets will be invaluable as we pursue the opportunities available to us in the online grocery business, both here in Canada and internationally," expressed Peter van Stolk, Freshlocal's CEO. "Neil's extensive governance credentials are also well-aligned with our continued efforts to strengthen Freshlocal's governance practices. I would also like to thank Todd for his valued guidance during his time on our Board."

"I am excited to begin my work with my fellow Board members and the Company's leadership team during an important time in Freshlocal's development as a technology solutions provider in the eGrocery market," said McDonnell. "The Company has an opportunity to greatly improve the cost equation for global eGrocery services, while also reducing the grocery industry's environmental footprint through the reduction of food waste. There is a significant need for the solutions that Freshlocal can bring to its customers."

Mr. McDonnell was appointed as a director of the Company as a nominee of Pender Growth Fund Inc. and PenderFund Capital Management Ltd., pursuant to an agreement entered into with the Company in the context of the Offering. Pursuant to such agreement, until the Convertible Debentures purchased by Pender in the Offering are repaid or converted in full, and thereafter so long as Pender continues to beneficially own or control, directly or indirectly, not less than one million Common Shares, the Company agreed to ensure that its Board of Directors is comprised of no more than five directors and that Pender has the right to designate one person to be nominated for election at each annual or special meeting of shareholders of the Company at which directors are to be elected to the Board of Directors, such person to serve as Chair of the Company's Board of Directors.

To learn more about Freshlocal's Board of Directors, visit our website at www.freshlocalsolutions.com.

Freshlocal Solutions Inc. is a Vancouver-based company that is building a leadership position in the provision of end-to-end grocery e-commerce solutions. The Company operates two primary businesses, FoodX and eGrocery, both of which support its corporate mission to leverage innovation and technology to create a sustainable and profitable food system for all. Food-X Technologies Inc. ("FoodX") is Freshlocal's scalable end-to-end SaaS-based eGrocery Management Solution (eGMS) which is designed to meet the needs of large and small grocery retailers while providing profitable unit economics.

The FoodX eGMS is the culmination of over 20 years of experience in online grocery and the company's proven track record of delivering efficiently, sustainably and profitably.

The Company's consumer eGrocery business has expanded into one of Canada's largest online grocery companies, with a focus on delivering fresh, local, organic produce and groceries, along with exceptional customer experiences. Freshlocal serves the main urban markets in Alberta and British Columbia through its brick-and-mortar store locations operating under the Blush Lane and Be Fresh banners and through SPUD.ca, the Company's award-winning online marketplace eGrocery platform.

Monique Wilberg and Terry Vanderkruyk, two directors of the Company, and WF Agro Fund LP, an insider holding more than 10% of the issued and outstanding Common Shares of the Company, the president of which is Eric Phaneuf, also a director of the Company, acquired 1,390 Convertible Debenture Units for an aggregate amount of $1,390,000 under the Offering. Such participation may be considered to be "related party transactions" within the meaning of Multilateral Instrument 61-101 Protection of Minority Security Holders in Special Transactions ("MI 61-101"). The Company is relying on the exemptions from the formal valuation and minority shareholder approval requirements of MI 61-101 in respect of related party participation in the Offering as neither the fair market value (as determined under MI 61-101) of the subject matter of, nor the fair market value of the consideration received by the Company from the Offering, insofar as it involves interested parties, exceeds 25% of the Company's market capitalization. The Company did not file a material change report 21 days prior to the closing date of the first tranche of the Offering as details of the respective participation of such insiders in the Offering was unknown at such time.