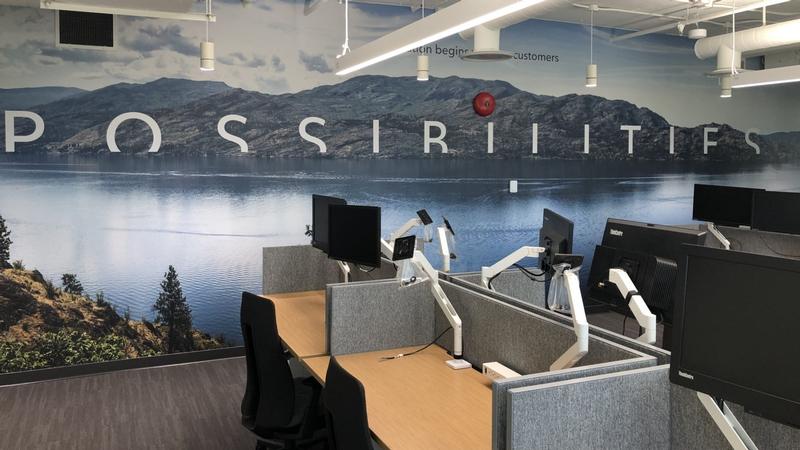 The centre will bring a total of 350 new jobs to the local economy by 2021, as part of the company's fully Canadian based customer service team. All positions will be work from home until the new Kelowna centre can be safely opened.

"When we first announced our plan to open this new customer solution centre, none of us could have imagined we would be opening virtually, but we could not be more excited to welcome our new team from across the Okanagan region," said Rick Sellers, President of B.C. Region, Rogers Communications. "Today marks an important step in our plan to deliver the best possible experience to our customers while strengthening our commitment to Kelowna with hundreds of new jobs."

At the outset of the COVID-19 pandemic in Canada, Rogers says it acted quickly to pivot its operations to keep Canadians connected, and customers and teams safe. This included shifting most of its customer solution centre teams to work from home, including the newly hired Kelowna team. When the time is right, Rogers looks forward to welcoming employees to the new centre and continuing to build on a strong employee culture and vibrant workplace.

Employees at the new Kelowna centre will handle approximately one million customer interactions each year, joining their Burnaby team in providing even more customer service in the Pacific Time Zone.

The Burnaby Customer Solution Centre, which is celebrating its 25th anniversary, opened in September 1995, and has grown to a team of 600 people, handling over 30 million calls since opening.

"The opening of the virtual customer solution centre demonstrates the adaptability of businesses like Rogers," said Michelle Mungall, Minister of Jobs, Economic Development and Competitiveness. "The centre will bring many benefits to people in the region, including the creation of good, family supporting jobs that will provide a welcomed boost to the local economy."

Today's opening also celebrated the new Downie Wenjack Legacy Space located inside the Kelowna Customer Solution Centre. The unique meeting space is designed by local Indigenous artists from the Okanagan region and is dedicated to raising awareness and understanding of Indigenous art, history and culture with teams, customers and community members. Take a video tour and read about Indigenous artists, Sheldon Pierre Louis from the Syilx Nation, Janine Marie Lott and Coralee Miller from Westbank First Nation, who Rogers commissioned to design important pieces in the Legacy Space.

This summer, Rogers says it continued its support for those in need during the pandemic. Trucks filled with food for more than 63,000 British Columbians were delivered to the Greater Vancouver and Okanagan Food Banks, as part of Rogers' Step Up to the Plate initiative with Food Banks Canada & Jays Care Foundation. Upon arrival in BC, Rogers employees volunteered in Burnaby and Kelowna filling food hampers to provide more than 1.3 million meals across the province for those in need.

As students return to school this fall, whether remotely or in-class learning, Rogers is empowering B.C. youth through education, offering Ted Rogers Scholarships for 2020, including for students in Kelowna and Lake Country.

Rogers continues to invest in its network in B.C., as connectivity is now more critical than ever. Earlier this month, Rogers announced Canada's first and largest 5G network expansion to 26 communities across British Columbia including Kelowna and the Okanagan.

Earlier this year, Canada's first 5G smart city pilot was launched with the City of Kelowna and the University of British Columbia, following a multi-million dollar partnership with UBC to fund academic research in 5G, including launching the country's first 5G-powered smart campus. Rogers also launched network sites in West Kelowna and Osoyoos, a partnership with Nisg_a'a Nation that connects communities in Northwestern B.C., and a collaboration with the B.C. Government that brings wireless coverage to residents and businesses of Witsuwit'en Village (Witset First Nation).

Rogers is a proud Canadian company dedicated to making more possible for Canadians each and every day. Our founder, Ted Rogers, purchased his first radio station, CHFI, in 1960. We have grown to become a leading technology and media company that strives to provide the very best in wireless, residential, sports, and media to Canadians and Canadian businesses. Our shares are publicly traded on the Toronto Stock Exchange (TSX: RCI.A and RCI.B) and on the New York Stock Exchange (NYSE: RCI). If you want to find out more about us, visit about.rogers.com.