Electronic Arts, the NFL and the NFLPA Announce Multi-Year Renewal of Global Partnership

Under the partnership, the EA SPORTS™ Madden NFL franchise will exclusively create authentic football simulation games, and EA SPORTS, the NFL and the NFLPA will partner to develop games in new genres, expanded esports programs, and additional experiences for fans across more platforms.

"EA has been a trusted partner for more than thirty years and they continue to bring innovation, authenticity and creativity to everything they do and we are certainly a great example of that as evidenced by the huge success of Madden NFL 20"

The agreement comes at a time when the world is playing and watching more Madden NFL than ever before as NFL fandom worldwide continues to grow. Madden NFL 20 is the most successful game in franchise history.

Unique players have grown by 30 percent year-over-year, monthly average players have reached an all-time high, more than 330 million hours of the game have been played, and over one billion minutes watched on Twitch since launch.

In just the month of April alone, player levels have nearly doubled from last year, and great community and celebrity-athlete competitions broadcast throughout the month led to the equivalent of 2,600 NFL seasons of Madden NFL 20 content watched by viewers around the world. Madden NFL esports also had its biggest year yet, with broadcasts on ESPN, ESPN2, and FS1 bringing Madden NFL competitive programming to tens of millions of fans. 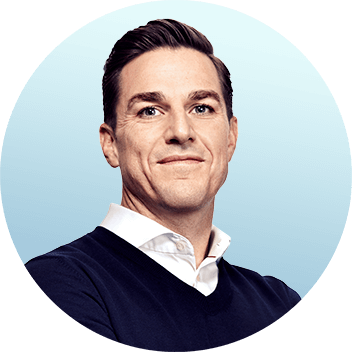 "Building on the most successful year ever for Madden NFL, this is a powerful time for EA SPORTS to come together with the NFL and the NFLPA in this new wide-reaching partnership," said Andrew Wilson, CEO of Electronic Arts. "Together, we have a tremendous opportunity to entertain more players through new Madden NFL experiences, games in new genres and on new platforms, esports, and new innovations that will grow fans' love of the NFL around the world."

"EA has been a trusted partner for more than thirty years and they continue to bring innovation, authenticity and creativity to everything they do and we are certainly a great example of that as evidenced by the huge success of Madden NFL 20," said NFL Commissioner Roger Goodell. "The expansion of this partnership is not only about the continued success of the Madden NFL franchise but also the creation of new avenues for our fans to connect with the sport they love."

"EA SPORTS and Madden NFL are such pivotal points of connection for NFL players, the sport and its fans," said DeMaurice Smith, Executive Director of the NFLPA and Board Member of OneTeam Partners. "We have a shared vision to expand the fanbase of football through interactivity, and we're thrilled to continue our strong partnership with EA SPORTS to bring this to life in more ways than ever."

EA SPORTS, the NFL and the NFLPA will also partner on innovative new experiences and more ways for fans around the world to connect with the excitement of NFL football. This will include games in new genres with more forms of play and self-expression, available on more platforms, including expanded offerings for mobile players. Esports will also continue to grow, with increased competitive programs and broadcast content to reach and entertain more fans.

This partnership will also focus on design, visualization and development innovations to grow and deepen the world of Madden NFL, impacting how it plays and feels, and how players connect to the world of the NFL as it happens.

OneTeam Partners, LLC (OneTeam) facilitated the new deal for the NFLPA as its digital games licensing representative. The agreement is the first major new NFLPA licensing deal negotiated by OneTeam, whose business model helps athletes maximize the value of their name, image and likeness rights across a range of business verticals.

For more information about EA SPORTS, including a first look at Madden NFL 21 on June 1, 2020, please visit www.easports.com.

EA SPORTS, Battlefield, Apex Legends, The Sims, Need for Speed, Titanfall and Plants vs. Zombies are trademarks of Electronic Arts Inc. FIFA is property of its respective owners and used with permission.