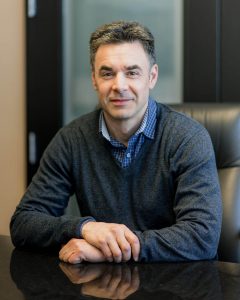 Surrey, BC, November 14, 2019--(T-Net)--The Board of Directors of the Controlled Environments Limited Group of Companies (CEL), owner of Winnipeg-based Conviron and British Columbia-based Argus Control Systems Ltd., announced the appointment of John Proven as the company's President.

Steve Kroft will continue to serve as the Company's CEO & Executive Chairman and will remain active in CEL's businesses as it continues to execute its growth strategy.

"John has played a critically important role as we have grown our businesses considerably over the past number of years," said Kroft. "We have had an outstanding partnership, and this is a natural next step for both John and the CEL Group."

About the Controlled Environments Limited Group of Companies:

CEL is based in Winnipeg, Canada, and its brands Conviron and Argus Control Systems Ltd are global leaders in the design and manufacture of plant growth chambers, rooms and environmental control systems. Conviron and Argus technologies are used extensively in the commercial horticulture and production space, and by the world's leading researchers at universities, government agencies and agricultural biotech companies in more than 90 countries.