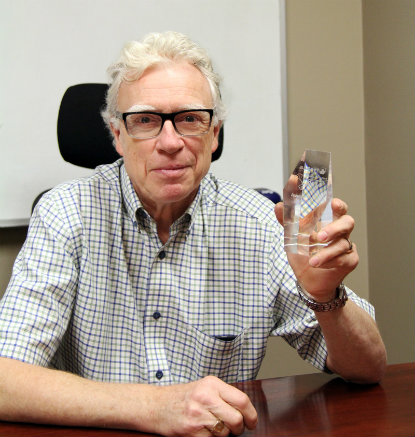 Vancouver, BC, March 13, 2015--(T-Net)--Delta Controls announced this week that founder and Vice President Raymond Rae, has been selected as the winner of the 2014 Doberman Pinscher award by BACnet International.

"Everyone at Delta Controls is extremely proud of him and his service on the BACnet International Board of Directors. Congratulations Raymond, and to all the other Leaders of the Pack awards winners. Your hard work is valued by all members of the BACnet community" said the company in a press release.

The Doberman Pinscher Award is given for keeping the group in line and upholding the BACnet standard.